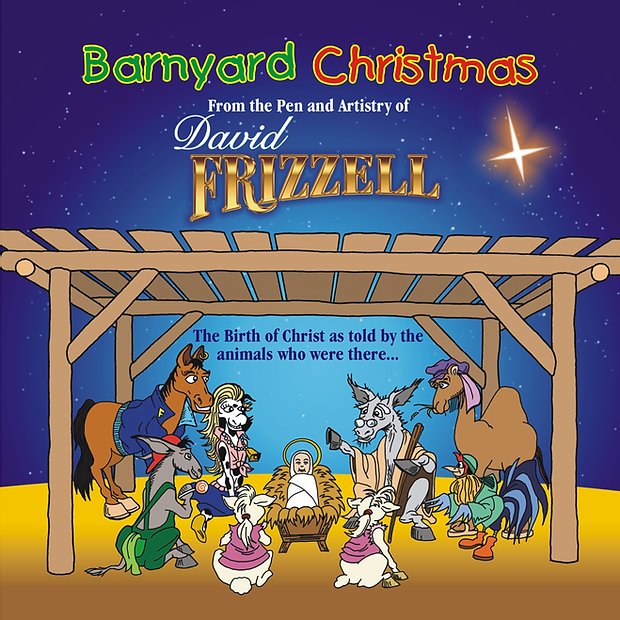 David Frizzell, legendary country music singer/songwriter and animal advocate, is supporting animal rescue with his new 10-song CD and storybook, Barnyard Christmas. This original project presents the story of the birth of Christ as told by animal characters that were present at the manger.

Pre-orders for the CD and storybook are available now. Visit the artist’s website at www.davidfrizzell.com for more information.

During the month of December, those who adopt an animal through Music City Animal Rescue, or make a minimum donation of $20, will receive an autographed copy of David’s CD/storybook (while supplies last). There are other perks for those purchasing the CD with information available on the organization’s website.

Music City Animal Rescue is a non-profit, foster home based rescue that provides food, shelter, and medical care to abandoned, abused and neglected animals. The rescue takes in many types of animals including cats, dogs, rabbits, chickens, horses and goats.

“I believe that ALL of God’s creations were witness to the birth of Jesus,” says MCAR Director Vickie Harris. “Humans and animals alike, bowed in His presence. What a blessing that David has chosen to share his CD with our organization to help us continue to fulfill our rescue mission.”

For Nashville area fans, Music City Animal Rescue will join David Frizzell for his performance at the Midnight Jamboree on Saturday, December 9th for a special adoption and animal rescue awareness night. MCAR supporters are invited to an autograph and photo session with Frizzell. The free show begins at 10pm at the Texas Troubadour Theatre, 2416 Music Valley Drive in Nashville. The Midnight Jamboree is the second longest-running radio show in history.

With Barnyard Christmas, Frizzell gives a unique perspective on the meaning of Christmas, through the eyes of animals that were present at the birth of Jesus. Rather than one of the three wise men, we hear from a camel named Ali Baba who carried one of those wise med to Bethlehem. There’s a lazy “mule headed mule,” the horse, Ol’ Stray, and a pair of identical sheep named Pete and Repete, voiced by David and his brother Allen, who argue playfully over who first saw the precious baby. The other barnyard characters are clever and sweet, including the Lil’ Burro who made sure that Joseph and Mary reached Bethlehem in time for the sacred birth. The 10-song album (and accompanying storybook) presents a tender and whimsical musical tale, woven brilliantly by Frizzell with guests Allen Frizzell and the Martin Family Circus, and an impressive list of talented musicians.

“The greatest story ever told…the birth of Christ as told by the animals that were there.  What a blessing for me to create these amazing animated characters as they tell of their participation in the birth of Christ and the wonderfully talented artist, graphic designers, musicians, singers, studio engineers and co-producer who help bring the whole project to life. From my heart to yours!”

David, the younger brother of Lefty Frizzell, started his career in the 1950’s and enjoyed tremendous success in the 1980’s with songs like the number-one solo “I’m Gonna Hire A Wino,” and “You’re The Reason God Made Oklahoma,” a duet with Shelly West, daughter of Dottie West. The song won the Country Music Association’s Song of the Year and Vocal Duet of the Year awards and was featured in the Clint Eastwood movie, Any Which Way You Can. Frizzell and West were named Vocal Duo of the Year by the Academy of Country Music in both 1981 and 1982. Frizzell remains active as a touring artist and a producer. He is also a published author.