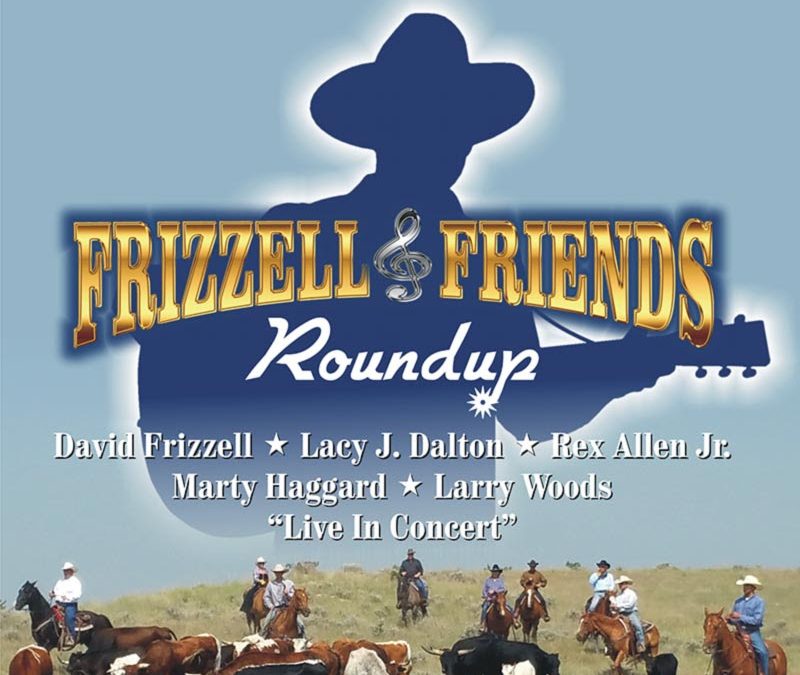 NASHVILLE, Tenn. – Time Life reissues another fan-favorite album from David Frizzell, Frizzell & Friends: Roundup Live in Concert, on April 30 featuring 16 songs originally recorded for an RFD-TV special with Rex Allen, Jr., Lacy J. Dalton, Marty Haggard, Stacy Houston, and Larry Woods. Roundup Live in Concert is now available on all major streaming platforms and is the latest release to come from Frizzell’s eight album digital distribution deal with Time Life. It arrives on the heels of his newly recorded version of “You’re The Reason God Made Oklahoma,” a duet with Mary Sarah (The Voice Season 10 finalist) that was released earlier this month to celebrate the 40th anniversary of the iconic hit.

“Frizzell & Friends: Roundup Live in Concert was recorded in 2015 during a trip to Montana. I have always wanted to go on a cattle drive like John Wayne and sing Gene Autry, Roy Rogers, and Sons of the Pioneers songs,” says Frizzell. “My wish has come true. I invited my friends Lacy J. Dalton, Rex Allen, Jr., Marty Haggard, Larry Woods, and Stacy Houston to meet me in Custer, Montana where we filmed us riding horses and had the time of our lives moving those cattle and then that evening sitting around the campfire with our guitars singing and playing some of our favorite western songs. John Wayne would’ve been proud of us, riding all day and singing all night out on the Montana range. We ended up in Roundup, Montana, and filmed a concert in front of many country music fans and put it all together for an RFD-TV special.”

Frizzell began his career touring with his brother, Lefty, when he was just 12 years old and since then his work has been nominated for GRAMMY Awards, won the CMA Vocal Duo of the Year award and the ACM Vocal Duet of the Year for two years in a row as well as an ACM Award for Song of the Year. Frizzell is also an author and has worked with a number of causes and nonprofits including Mothers Against Drunk Driving (MADD), the Buddy Holly Educational Foundation, and Music City Animal Rescue. He also runs his own record label, Nashville America Records.

About Time Life:
Time Life is one of the world’s pre-eminent creators and direct marketers of unique music, video/DVD, and digital streaming content, specializing in distinctive multi-media collections that evoke memories of yesterday, capture the spirit of today and can be enjoyed for a lifetime. In 2010, Time Life launched StarVista LIVE, a live entertainment division that produces seven annual themed cruises as new ways to deliver unique entertainment experiences to music fans. TIME LIFE and the TIME LIFE logo are registered trademarks of Time Warner Inc. and affiliated companies used under license by Direct Holdings Americas Inc., which is not affiliated with Time Warner Inc. or Time Inc.