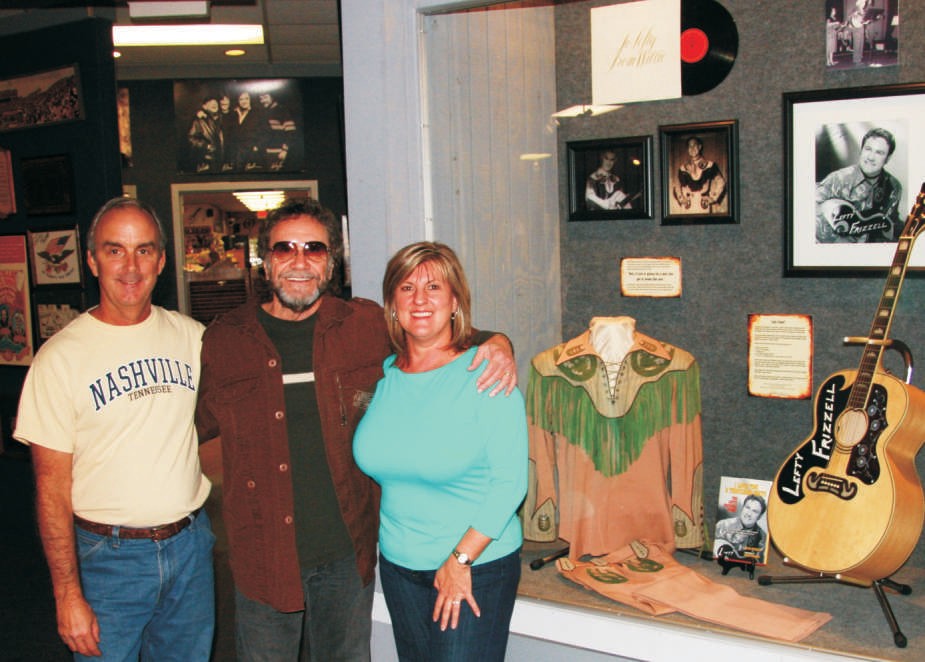 It was Willie Nelson who wrote the poignant words that became one of his many, many hit country songs; “Ain’t It Funny How Time Slips Away.”

Time does indeed slip away, but memories live on at Nashville’s Willie Nelson & Friends Museum which is not only brimming with personal items and memorabilia from some of the genre’s most iconic stars. It also touts the largest country music gift shop in town. Proprietors, Kay and Mark Hughes oversee the store and museum which includes artifacts from Willie’s life and career, (many items purchased at the auction to satisfy the IRS in the early 1990’s), as well as exhibits honoring country music and Grand Ole Opry legends like Johnny Cash, Roy Orbison, Patsy Cline , Merle Haggard and more.

Never-before published photos of many Country Music legends are on display, as well as priceless treasures like the guitar Willie played during his first appearance on the Grand Ole Opry. And where else can you see a Braille version of Playboy Magazine? A special gift to Ronnie Milsap, the manuscript is perhaps definitive proof that Playboy’s appeal is the articles!

With a recent expansion, the museum has added more artist displays, personal items and memorabilia dedicated to preserving the history and roots of country music.

Recently named among the latest inductees into the Country Music Hall of Fame, Kenny Rogers is honored in a new display alongside the late Dottie West.

Spectacular costumes belonging to Dottie have been added along with memorabilia and personal items from Dottie’s career with duet partner, Rogers. Their albums, Every Time Two Fools Collide and the later Classics made Kenny and Dottie among the most celebrated duet acts ever seen in Country Music.

The latest exhibits include a very special showcase with photos, a signature guitar and a suit owned by Lefty Frizzell; a suit, in fact, that the legendary singer once loaned to a young George Jones. The museum store carries the book, “I Love you A Thousand Ways: The Lefty Frizzell Story” which was lovingly penned by

Lefty’s brother, David, an iconic star in his own right. Lefty’s unique style has influenced generations of singers.

David Frizzell is honored in a separate display, alongside longtime duet partner, Shelly West. The duo’s stage clothes, albums and other memorabilia are included. Frizzell & West remains one of the most­ awarded acts in entertainment; one that produced five albums. The duo twice won the Country Music Association’s Vocal Duo of the Year award, twice won the Academy of Country Music award for Vocal Duet of the Year and were awarded the ACM Song of the Year award. They also received three Music City News Awards. Frizzell has maintained a vibrant solo career to this day. He scored a huge chart-topping hit with “I’m Gonna Hire A Wino To Decorate Our Home,” featured on CMT’s 40 Greatest Drinking Songs in Country Music.